Kiesha Wright who has been a Tina Turner Impersonator and Tribute show for several years started out from the church. She is an organist, keyboardist plus percussionist. She is a graduate of San Francisco State University in music and a minor in dance. She is also a Professional Model. Kiesha worked with ike and tina turner as an Ikette back-up Dancer and Singer for 4 months. She learned her moves and her footwork from Tina Turner herself. Her mother was one of the most important parts of her career, she helped her believe that she could make it through with the help of God.

Kiesha then continued college and while performing in a small night club, and an agent approached her and said "would you like to be a Tina Turner impersonator?", she was stunned; she did not understand what he meant."These are famous people," he said. Well, she followed through with it and the rest was history.

Her first performance was at Cal Neva Lake Tahoe with the Blues Brothers, the Reno Hilton which is now called Flamingo Hilton in a show called Flash. Then she was also approached by the producer John Stuart of Legends in Concert in Las Vegas, NV about being in his show called Legends, which made her the first Tina Turner impersonator to perform in the Legends group series. Thanks to her agent and her mom for getting her there. Kiesha appeared in the upcoming film "Paradise Club" (2016) with Eric Roberts and other well-known actors and actresses. Kiesha was nominated for "Entertainer of the Year 2016" by the NCEM awards.

Kiesha Wright Bay area own Tina Turner in personator, look alike, sound alike is presented the award for best Tina Turner Tribute performance from the NCEM Music Award Event. Kiesha learned her moves and learned her style from working with the superstar Tina Turner herself, she's so grateful for this award. 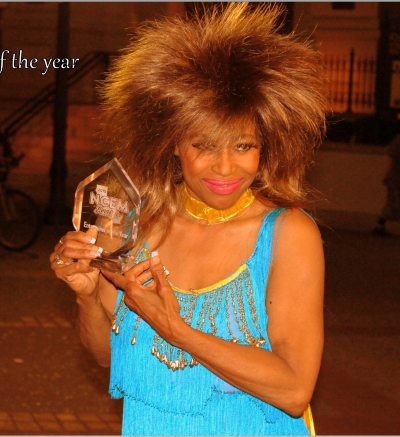 ENTERTAINER OF THE YEAR

Kiesha Wright is a very proud lady to receive the entertainer of the year NCEM award. 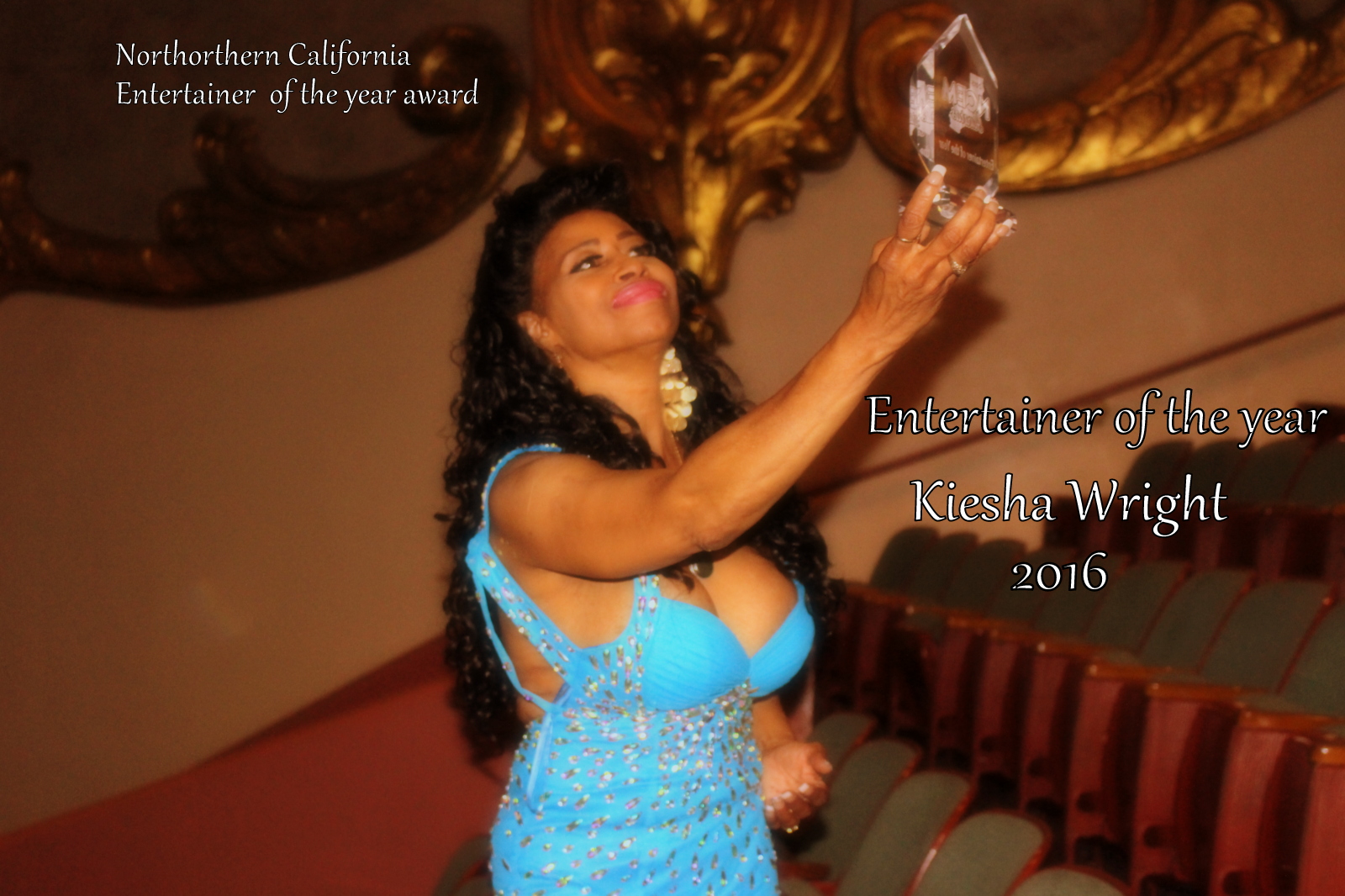 Open at the Bel Theater Kiesha Wright dancers performs on her tribute show opening with the IKE and Tina Turner theme song. 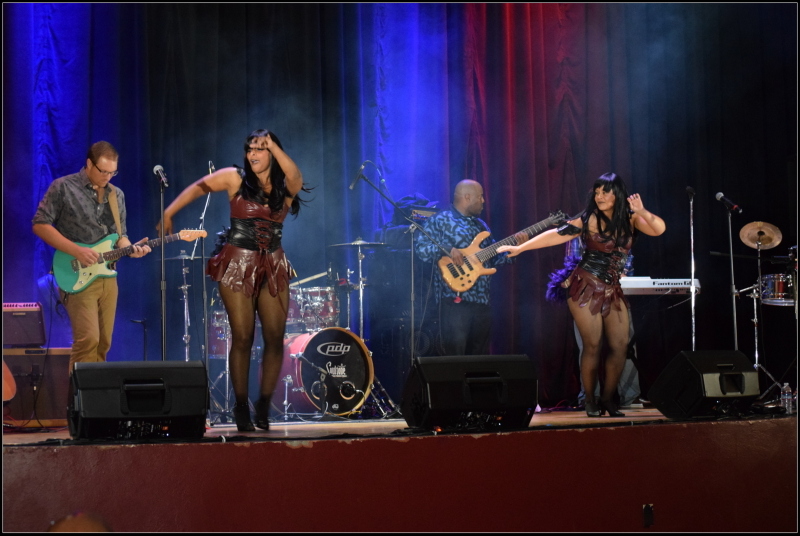 Kiesha brings it up with high energy with the audience standing, cheering, and dancing while she takes you higher with her performance with her fantastic band playing a dynamic rhythm to the beat of her feet.

Kiesha Wright ©
View all of the text and performances of Kiesha Wright at the Bal Theatre,
Terrible Casino, and many other theaters, also newspaper writing about her and her work as a charity giver in her community.

Tina Turner Kiesha Wright performs on the VIKING Cruise Line Ship with her Tina Turner Tribute show a spectacular performance on sea capture by photographers in her action on stage with high energy and audience applause. 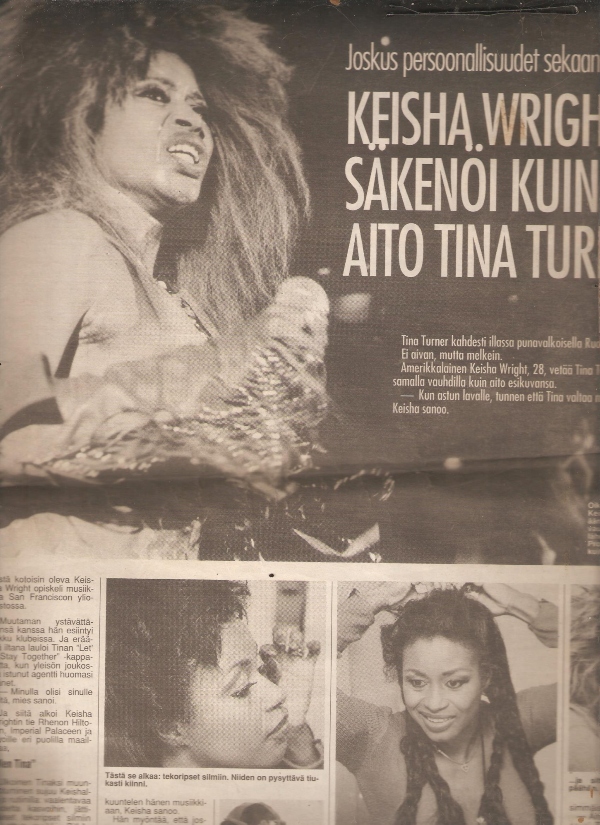 KIESHA WRIGHT MAKES HER ENTRANCE AT THE EMPRESS THEATRE

Very proud of her marquee on her upcoming show. 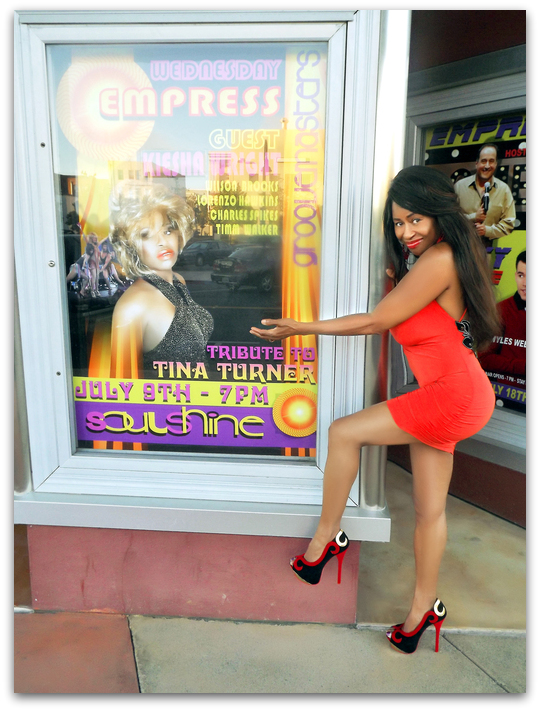 Kiesha Wright Network with Charity from Sacramento, CA, and through the Bay Area by giving that through her performance with her Tribute Show. 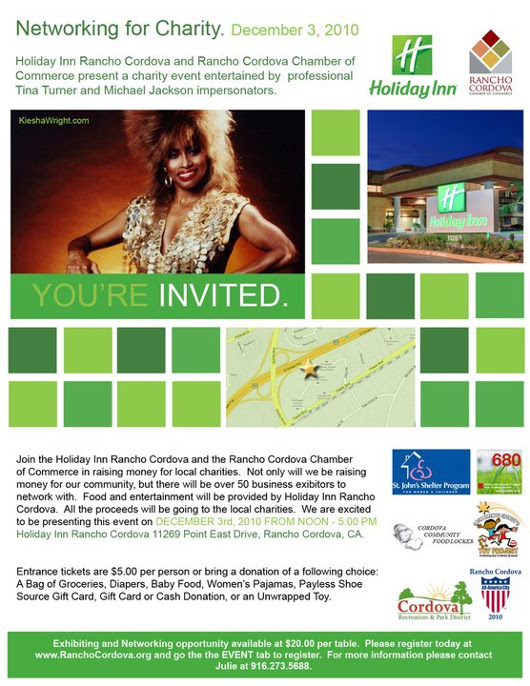 Kiesha Wright is now on her own doing her own "Tribute to Tina Turner" shows & Corporate Events.

KIESHA WRIGHT IS AWARDED OAKLAND'S MOTHER OF THE YEAR 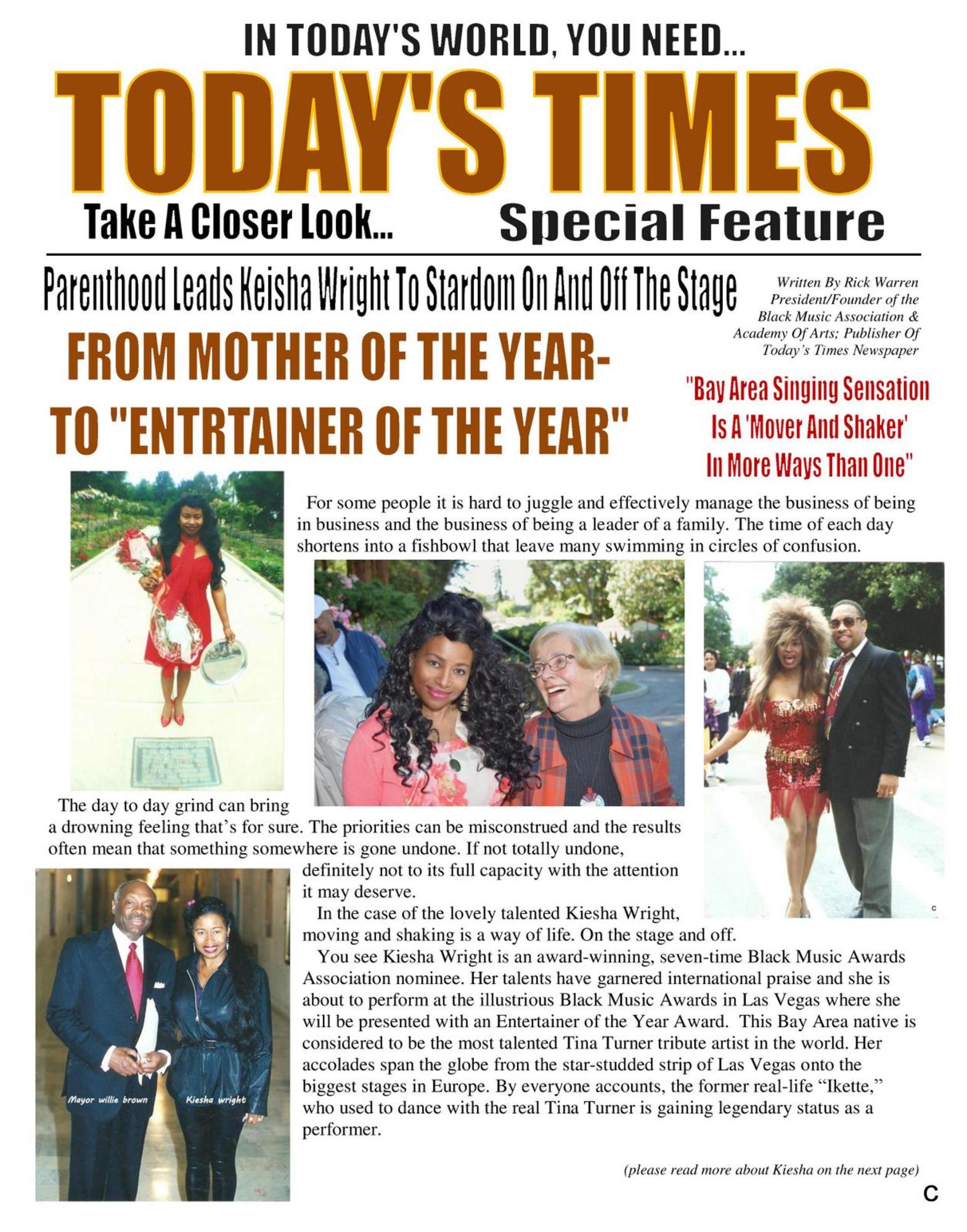 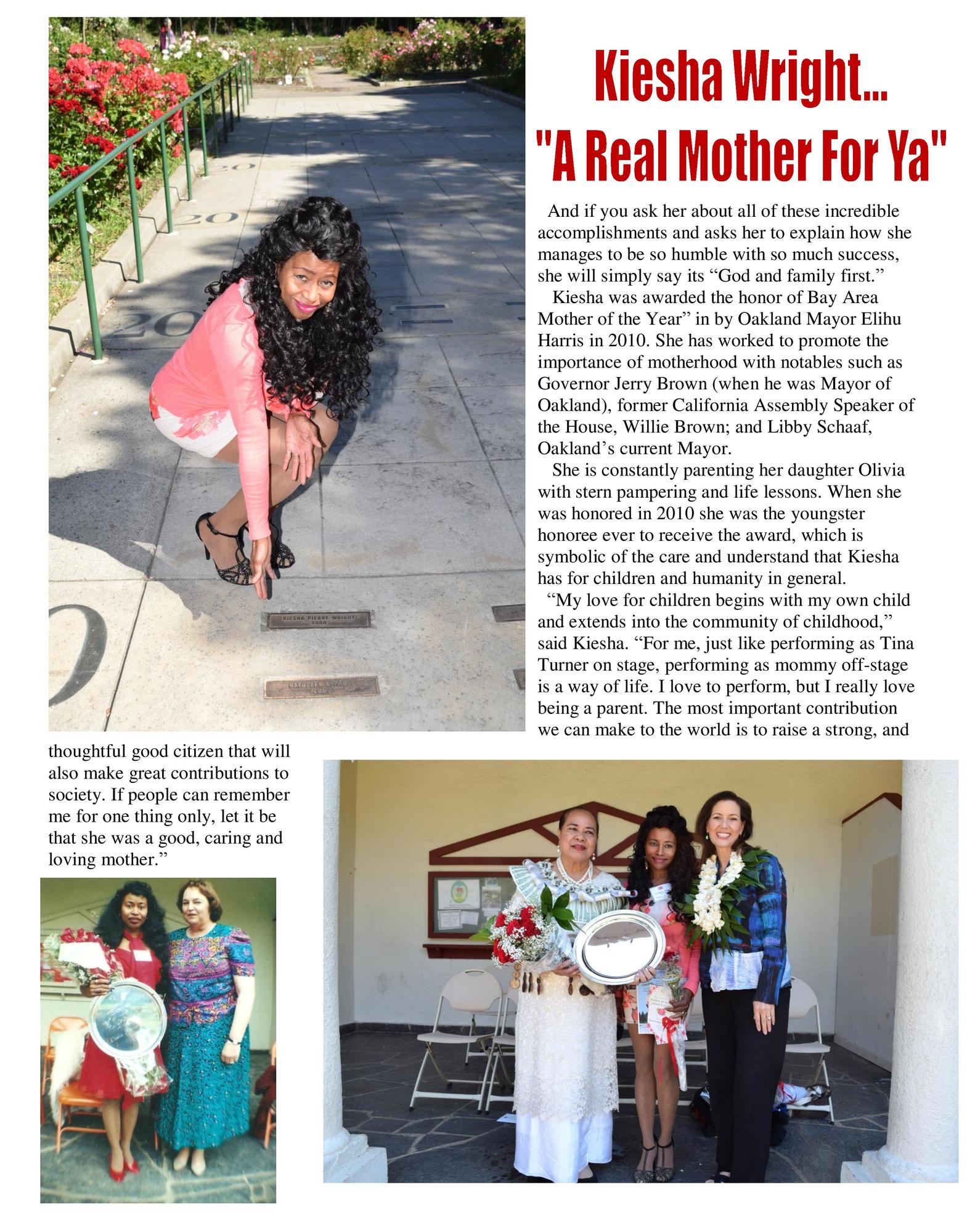 Kiesha Wright stands with Libby Schaaf Mayor of Oakland, at the Rose Garden where she was honored and her name in the ground. 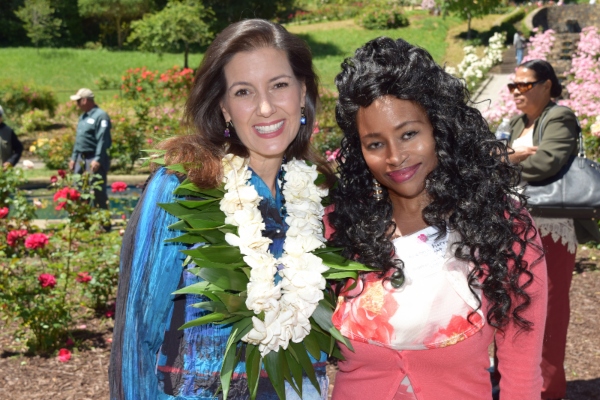 LAS VEGAS (KSNV) — Kiesha Wright is bringing her tribute show to Tina Turner to Las Vegas this weekend.
She joined us in studio Tuesday to talk more about how she captures the icon's spirit.